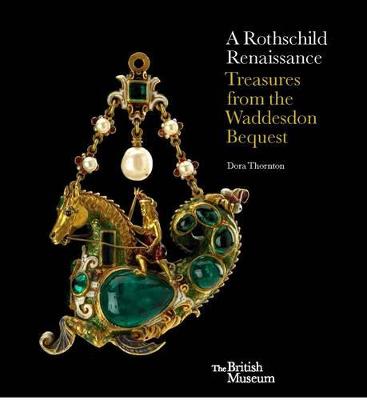 The Waddesdon Bequest at the British Museum

This book presents and explore s the Waddesdon Bequest, the name given to the Kunstkammer or cabinet collection of Renaissance treasures which was bequeathed to the British Museum by Baron Ferdinand de Rothschild, MP in 1898. The Bequest is named after Waddesdon Manor in Buckinghamshire, a fairy tale French chateau built by Baron Ferdinand fro m 1874 - 83, where the collection was housed during his lifetime. As a major Jewish banking family, the Rothschilds were the greatest collectors of the nineteenth century, seeking not only the finest craftsmanship in their treasures, but also demonstrating g reat discernment and a keen sense of historical importance in selecting them. Baron Ferdinand's aim, often working in rivalry with his cousins, was to possess a special room filled with splendid, precious and intricate objects in the tradition of European courts of the Renaissance and Baroque periods . It was understood at the time that a collection of this quality could never be formed again, given the rarity and expense of the pieces, and the problems of faking and forgery of just this kind of material. T he book will unlock the history and romance of this glorious collection through its exploration of some of its greatest treasures and the stories they tell. It will introduce makers and patrons, virtuoso craftsmanship, faking and the history of collecting from the late medieval to modern periods, as told through the objects . Treasures discussed will include masterpieces of goldsmiths' work in silver ; jewellery ; hardstones and engraved rock crystal; astonishing microcarvings in boxwood, painted enamel, ceram ic and glass; arms and armour and 'curosities': exotic treasures incorporating ostrich eggs, Seychelles nut, amber or nautilus shell. Scholarly catalogues have appeared for parts of this splendid collection but this book will open up the Bequest for the g eneral reader. By looking at individual objects in detail, and drawing on new photography and research, the book will enable readers to see and understand the objects in a completely different light. 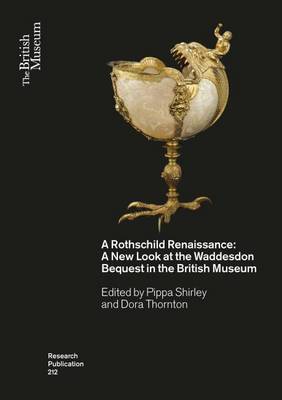 A Preview for this title is currently not available.
More Books By Dora Thornton
View All