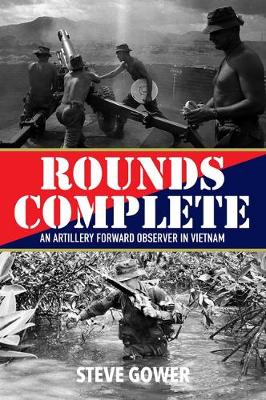 An Artillery Forward Observer in Vietnam

In 1966, Steve Gower, a young gunner captain in the 101st Field Battery, was sent to Vietnam. He would serve in what is arguably Australia's most controversial war in the dangerous role of forward observer with the 5th and 6th battalions of the Royal Australian Regiment. The definition of his role stated simply that he was to provide 'timely, accurate and effective fire support', his task to guide the guns of the Australian artillery, sited many kilometres away, in providing deadly firepower to support the soldiers who battled both the jungle and its shadowy inhabitants. Gower would learn quickly that the definition omitted to mention the terror and nerve-jangling tension of jungle warfare he was to experience as a forward observer. In Rounds Complete, Gower describes living the life of an infantry soldier, tramping the ground and joining his infantry mates in a variety of operations including search and destroy, cordon and search, heliborne and road-protection operations and company patrols from forward operating bases. He describes the inevitable boredom and monotony of the routine, contrasting this with the heightened senses of the men as they prepared to move forward with the 'safety catch off', the nervous anticipation of what might lie ahead, the exhilaration and, above all, the camaraderie. Gower is positive about his time in Vietnam and, perhaps surprisingly for one who saw action in this contentious war, is supportive of Australia's commitment, referring to the conflict as the last time the Army was permitted the 'unfettered, all-arms prosecution of a war'. Rounds Complete is a frank and compelling tribute to men who served just as nobly as their AIF predecessors but, until recent times, were denied their nation's gratitude. Their fight for understanding continues. 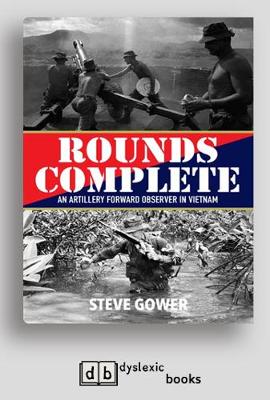 A Preview for this title is currently not available.
More Books By Steve Gower
View All