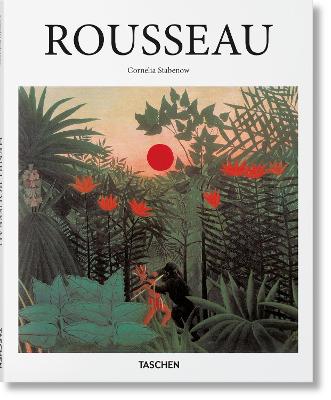 Henri Rousseau (1844 1910) was a clerk in the Paris customs service who dreamed of becoming a famous artist. At the age 49, he decided to give it a try. At first, Rousseau's bright, bold paintings of jungles and exotic flora and fauna were dismissed as childish and simplistic, but his unique and tenacious style soon won acclaim. After 1886, he exhibited regularly at Paris's prestigious Salon des Independants, and in 1908 he received a legendary banquet of honor, hosted by Picasso.