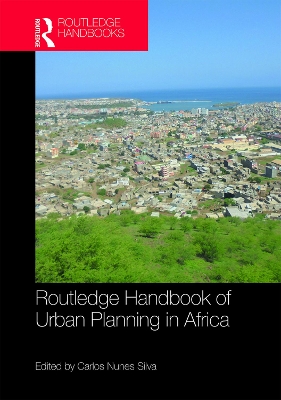 This handbook contributes with new evidence and new insights to the on-going debate on the de-colonization of knowledge on urban planning in Africa.

African cities grew rapidly since the mid-20th century, in part due to rising rural migration and rapid internal demographic growth that followed the independence in most African countries. This rapid urbanization is commonly seen as a primary cause of the current urban management challenges with which African cities are confronted. This importance given to rapid urbanization prevented the due consideration of other dimensions of the current urban problems, challenges and changes in African cities. The contributions to this handbook explore these other dimensions, looking in particular to the nature and capacity of local self-government and to the role of urban governance and urban planning in the poor urban conditions found in most African cities. It deals with current and contemporary urban challenges and urban policy responses, but also offers an historical overview of local governance and urban policies during the colonial period in the late 19th and 20th centuries, offering ample evidence of common features, and divergent features as well, on a number of facets, from intra-urban racial segregation solutions to the relationships between the colonial power and the natives, to the assimilation policy, as practiced by the French and Portuguese and the Indirect Rule put in place by Britain in some or in part of its colonies.

Using innovative approaches to the challenges confronting the governance of African cities, this handbook is an essential read for students and scholars of Urban Africa, urban planning in Africa and African Development. A Preview for this title is currently not available.
More Books By Carlos Nunes Silva
View All