The Routledge International Handbook to Veils and Veiling

Veils and veiling are controversial topics in social and political life, generating debates across the world. The veil is enmeshed within a complex web of relations encompassing politics, religion and gender, and conflicts over the nature of power, legitimacy, belief, freedom, agency and emancipation. In recent years, the veil has become both a potent and unsettling symbol and a rallying-point for discourse and rhetoric concerning women, Islam and the nature of politics.

Early studies in gender, doctrine and politics of veiling appeared in the 1970s following the Islamic revival and 're-veiling' trends that were dramatically expressed by 1979's Iranian Islamic revolution. In the 1990s, research focussed on the development of both an 'Islamic culture industry' and greater urban middle class consumption of 'Islamic' garments and dress styles across the Islamic world. In the last decade academics have studied Islamic fashion and marketing, the political role of the headscarf, the veiling of other religious groups such as Jews and Christians, and secular forms of modest dress. Using work from contributors across a range of disciplinary backgrounds and locations, this book brings together these research strands to form the most comprehensive book ever conceived on this topic.

As such, this handbook will be of interest to scholars and students of fashion, gender studies, religious studies, politics and sociology. 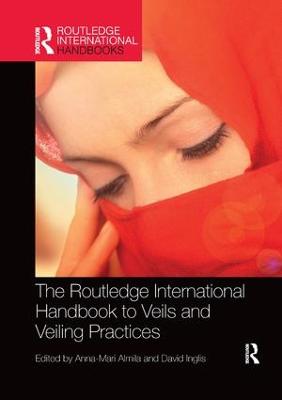