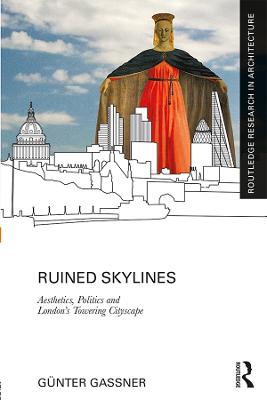 This book examines the skyline as a space for radical urban politics. Focusing on the relationship between aesthetics and politics in London's tall-building boom, it develops a critique of the construction of more and more speculative towers as well as a critique of the claim that these buildings ruin the historic cityscape. Gassner argues that the new London skyline needs to be ruined instead and explores ruination as a political appropriation of the commodified and financialised cityscape. Aimed at academics and students in the fields of architecture, urban design, politics, urban geography, and sociology, Ruined Skylines engages with the work of Walter Benjamin and other critical and political theorists. It examines accounts of sometimes rebellious and often conservative groupings, including the City Beautiful movement, the English Townscape movement, and the Royal Fine Art Commission, and discusses tower developments in the City of London - 110 Bishopsgate, the Pinnacle, 22 Bishopsgate, 1 Undershaft, 122 Leadenhall, and 20 Fenchurch - in order to make a case for reanimating urban politics as an art of the possible. A Preview for this title is currently not available.
More Books By Gunter Gassner
View All