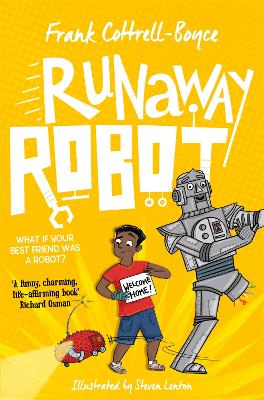 Runaway Robot is a funny and heartwarming adventure about two best friends helping put themselves back together, from the award-winning Frank Cottrell-Boyce, illustrated by Steven Lenton.

When Alfie goes to Airport Lost Property, he finds more than he bargained for. A lot more. Because there's a giant robot called Eric hidden away on the shelves. Eric has lost one leg and half his memory. He's super strong, but super clumsy. He's convinced that he's the latest technology, when he's actually nearly one hundred year's old and ready for the scrap heap.

Can Alfie find a way to save Eric from destruction - before Eric destroys everything around him? 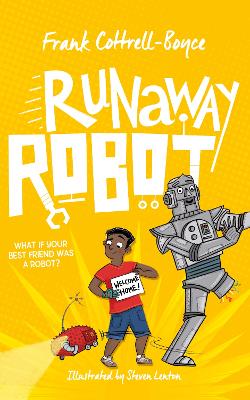 A Preview for this title is currently not available.
More Books By Frank Cottrell Boyce
View All