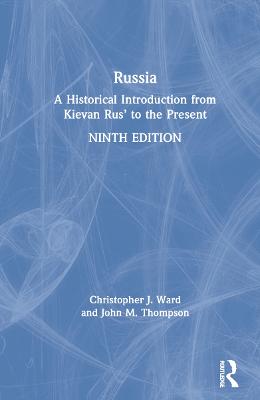 Russia: A Historical Introduction from Kievan Rus' to the Present

Description - Russia: A Historical Introduction from Kievan Rus' to the Present by Christopher J. Ward

This lucid account of Russian and Soviet history presents major trends and events from Kievan Rus' to Vladimir Putin's presidency in the twenty-first century.

Directly addressing controversial topics, this book looks at issues such as the impact of the Mongol conquest, the paradoxes of Peter the Great, the "inevitability" of the 1917 Revolution, the Stalinist terror, and the Gorbachev reform effort. This new ninth edition has been updated to include a discussion of Russian participation in the War in Donbas, eastern Ukraine, Russia's role in the Syrian civil war, the rise of opposition figure Alexei Navalny, Vladimir Putin's confirmation as "president for life," recent Russian relations with the United States, the North Atlantic Treaty Organization (NATO), and the European Union as well as contemporary social and cultural trends. Distinguished by its brevity and supplemented with substantially updated suggested readings that feature new scholarship on Russia and a thoroughly updated index, this essential text provides balanced coverage of all periods of Russian history and incorporates economic, social, and cultural developments as well as politics and foreign policy.

Suitable for undergraduates as well as the general reader with an interest in Russia, this text is a concise, single volume on one of the world's most significant lands.

Other Editions - Russia: A Historical Introduction from Kievan Rus' to the Present by Christopher J. Ward 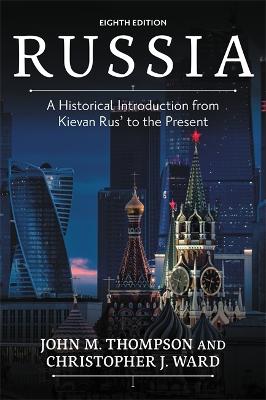 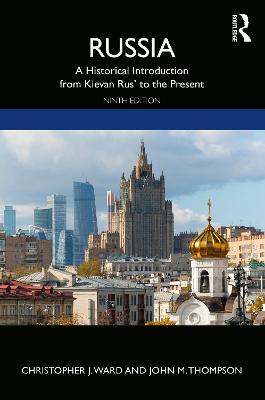 A Preview for this title is currently not available.
More Books By Christopher J. Ward
View All