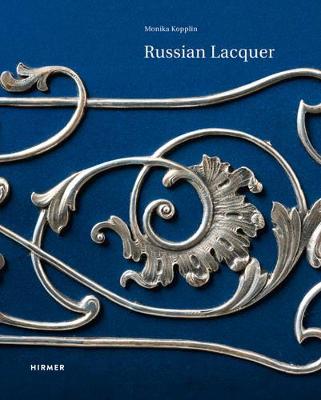 Monika Kopplin highlights the extraordinary variety of decorative techniques as well as the many stylistic features. The history and art history of Russia are reflected in the small format of the lacquer miniatures, painting a lively picture of the various eras. A comprehensive index of seals expands the catalogue into a reference book. Russian lacquer art can be traced back to Peter the Great, who had come to know this flourishing art and craft during his study trips in Western Europe. The first important work in this genre in the tsar's empire was completed in 1722 in the form of the Lacquer Study in his palace of Monplaisir. A second significant event followed when the Korobov workshop, which was modelled on the Braunschweig-based Stobwasser workshop, was established in 1793 near Moscow. It is better known by the name of a later owner, Lukutin. A technical and artistic alignment with the German model was followed by an increasingly independent Russian development from the 1820s onwards. At first this found expression in specific decorative techniques, and later also in specifically Russian motifs.

A Preview for this title is currently not available.
More Books By Monika Kopplin
View All