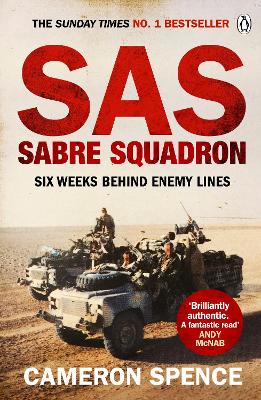 The No. 1 Bestselling account of the longest SAS mission of the Gulf War. Six weeks behind enemy lines. For some it would be a lifetime.

With the outbreak of Gulf War hostilities a unit from 22 SAS slipped quietly over the border and into the enemy's backyard. It would be six weeks before any of the patrol again reached safety.

Sabre Squadron recounts in graphic detail their scud-busting operations deep inside Iraq. They were operating alone and out of reach of reinforcements, with the threat of detection and its fatal consequences ever present. Yet their determination to wreak havoc behind enemy lines remained undimmed, culminating in an attack that decisively reconfirmed the regiment's awesome reputation.

Cameron Spence, a senior NCO on the operation, takes you as close to the fighting SAS as you are ever likely to get, conveying the relentless tension, black humour and camaraderie punctuated by explosive, nerve-shredding action that characterized the mission.

This is the true story of an SAS operation of breathtaking audacity and flair, carried out under unimaginable pressure, in the face of impossible odds. 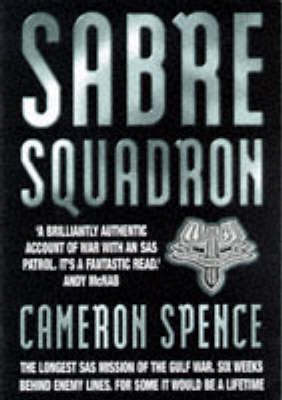 A Preview for this title is currently not available.
More Books By Cameron Spence
View All