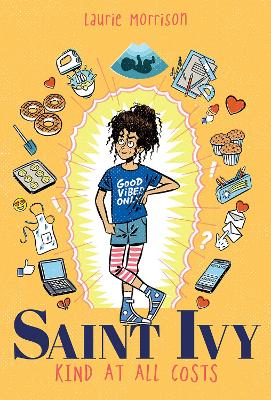 Saint Ivy: Kind at All Costs

Description - Saint Ivy: Kind at All Costs by Laurie Morrison

Thirteen-year-old Ivy Campbell has always been a good kid: She supports her soccer-star brother, bakes with her nana, and puts her friends' needs before her own. So of course, Ivy is 100 percent supportive when her mom decides to be a gestational surrogate, carrying and giving birth to her friends' baby. But when Ivy finds out the surrogacy treatment worked and her mom is pregnant-and has been for weeks-she's shocked that she's jealous and worried about what others will think. And most of all, she's ashamed that she isn't reacting to this news in the right way. The Ivy way. Ivy is determined to prove to herself that she's just as unselfish as she's always believed, and she gets the chance to do that when she receives an anonymous email from someone who needs her help. But the more Ivy dives into helping this anonymous person, the further she gets from the people she loves-and from the person who she wants to be.

Other Editions - Saint Ivy: Kind at All Costs by Laurie Morrison 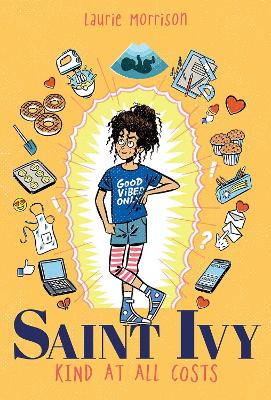 A Preview for this title is currently not available.
More Books By Laurie Morrison
View All