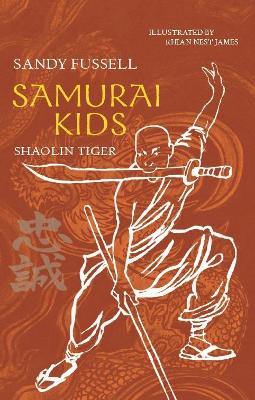 The unlikely heroes of the Cockroach Ryuface their greatest danger yet-a warrior seeking revenge against his former teacher, Sensei Ki-Yaga.

The White Tiger Temple is under threat. To help the Shaolin monks, Sensei Ki-Yaga and the whole gang of samurai kids-from Niya Moto, the boy with one leg, to Taji, the boy who is blind-embark on a perilous journey across the Sea of Japan to China. But soon they discover that getting there is only half the battle. A great danger awaits them: a former student of Sensei named Qing-Shen, China's Warrior, now the most skilled soldier in the Middle Kingdom. But Qing-Shen is also a man with a vendetta against his onetime teacher. Could there be anyone more dangerous? The samurai kids must train in the ways of the Shaolin monks before facing him. But will they be able to protect the temple and their beloved Sensei?