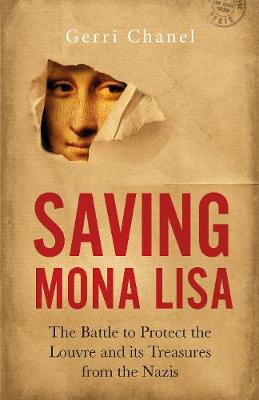 Saving Mona Lisa- EXPORT EDITION: The Battle to Protect the Louvre and its Treasures from the Nazis

Description - Saving Mona Lisa- EXPORT EDITION: The Battle to Protect the Louvre and its Treasures from the Nazis by Gerri Chanel

In August 1939, curators at the Louvre nestled the world's most famous painting into a special red velvet-lined case and spirited her away to the Loire Valley. So began the biggest evacuation of art and antiquities in history. As the Germans neared Paris in 1940, the French raced to move the masterpieces still further south, then again and again during the war, crisscrossing the southwest of France. Throughout the German occupation, the museum staff fought to keep the priceless treasures out of the hands of Hitler and his henchmen, often risking their lives to protect the country's artistic heritage.

Thus a story that features as a vignette in the George Clooney film The Monuments Men is given the full-length treatment it demands. The recipient of several independent publishing awards in the United States, and illustrated throughout with nearly 100 photographs, Saving Mona Lisa is a compelling true story of art and beauty, intrigue and ingenuity, and remarkable moral courage in the darkest of times.

Buy Saving Mona Lisa- EXPORT EDITION: The Battle to Protect the Louvre and its Treasures from the Nazis by Gerri Chanel from Australia's Online Independent Bookstore, BooksDirect.

A Preview for this title is currently not available.
More Books By Gerri Chanel
View All