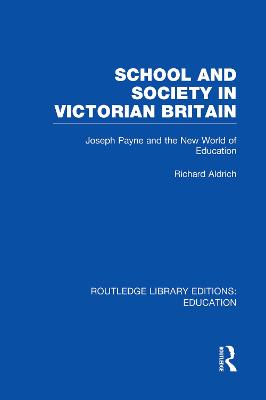 School and Society in Victorian Britain

Joseph Payne and the New World of Education

Description - School and Society in Victorian Britain by Richard Aldrich

Drawing on hitherto-unused sources this book represents a shift in the historiography of British education. At the centre of the investigation is Joseph Payne. He was one of the group of pioneers who founded the College of Preceptors in 1846 and in 1873 he was appointed to the first professorship of education in Britain, established by the College of Preceptors. By that date Payne had acquired a considerable reputation. He was a classroom practitioner of rare skill, the founder of two of the most successful Victorian private schools, the author of best-selling text-books, a scholar of note despite his lack of formal education, and a leading member of the College of Preceptors and such bodies as the Scholastic Registration Association, the Girls' Public Day School Trust, the Women's Education Union and the Social Science Association.

Other Editions - School and Society in Victorian Britain by Richard Aldrich 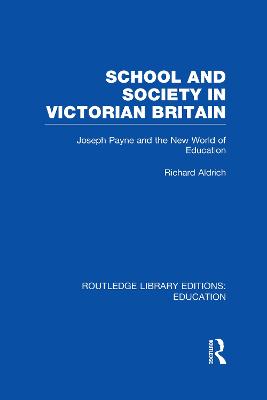 A Preview for this title is currently not available.
More Books By Richard Aldrich
View All