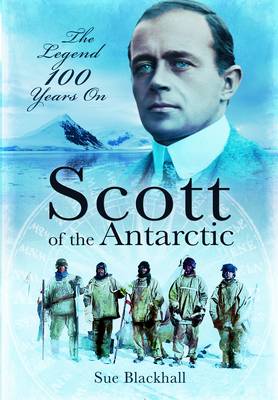 Scott of the Antarctic

Description - Scott of the Antarctic by Sue Blackhall

Captain Robert Falcon Scott CVO (6 June 1868 29 March 1912) was a Royal Navy officer and explorer who led two expeditions to the Antarctic regions. During the second venture, Scott led a party of five which reached the South Pole on 17 January 1912, only to find that they had been preceded by Roald Amundsen's Norwegian expedition. On their return journey, Scott and his four comrades all perished from a combination of exhaustion, starvation and extreme cold. Before his appointment to lead the Discovery Expedition, Scott had followed the conventional career of a naval officer in peacetime Victorian Britain, where opportunities for career advancement were both limited and keenly sought after by ambitious officers. It was the chance for personal distinction that led Scott to apply for the Discovery command, rather than any predilection for polar exploration. However, having taken this step, his name became inseparably associated with the Antarctic, the field of work to which he remained committed during the final twelve years of his life. Following the news of his death, Scott became an iconic British hero, a status maintained and reflected today by the many permanent memorials erected across the nation. Sue Blackhall reassesses his life and the causes of the disaster that ended his and his comrades' lives, and the extent of Scott's personal culpability. From a previously unassailable position, Scott has became a figure of controversy, with questions raised about his competence and character. However, more recent research has on the whole regarded Scott more positively, emphasising his personal bravery and stoicism while acknowledging his errors, but ascribing his expedition's fate primarily to misfortune.

Other Editions - Scott of the Antarctic by Sue Blackhall 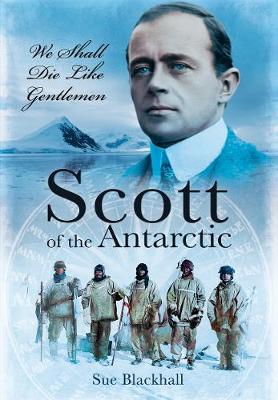