Screening the Paris Suburbs: From the Silent Era to the 1990s

Description - Screening the Paris Suburbs: From the Silent Era to the 1990s by Philippe Met

Decades before the emergence of a French self-styled 'hood' film around 1995, French filmmakers looked beyond the gates of the capital for inspiration and content. In the Paris suburbs they found an inexhaustible reservoir of forms, landscapes and social types in which to anchor their fictions, from bourgeois villas and bucolic riverside cafes to post-war housing estates and postmodern new towns. For the first time in English, contributors to this volume address key aspects of this long film history, marked by such towering figures as Jean Renoir, Jacques Tati and Jean-Luc Godard. Idyllic or menacing, expansive or claustrophobic, the suburb served divergent aesthetic and ideological programmes across the better part of a century. Themes central to French cultural modernity - class conflict, leisure, boredom and anti-authoritarianism - cut across the fifteen chapters.

Buy Screening the Paris Suburbs: From the Silent Era to the 1990s by Philippe Met from Australia's Online Independent Bookstore, BooksDirect.

Other Editions - Screening the Paris Suburbs: From the Silent Era to the 1990s by Philippe Met 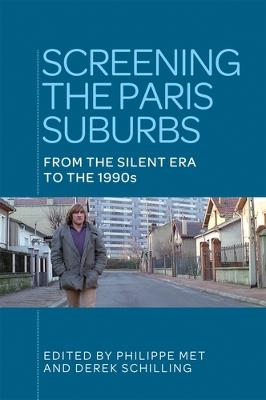 A Preview for this title is currently not available.
More Books By Philippe Met
View All