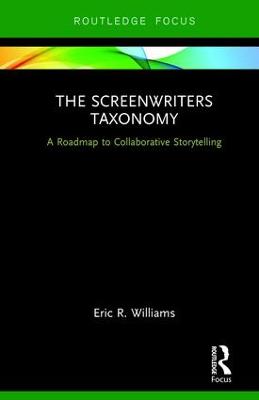 A Roadmap to Collaborative Storytelling

In The Screenwriters Taxonomy, award-winning screenwriter and educator Eric R. Williams offers a new collaborative approach for creative storytellers to recognize, discuss and reinvent storytelling paradigms. Williams presents seven different aspects of storytelling that can be applied to any fictional narrative film-from super genre, macrogenre and microgenre to voice and point of view-allowing writers to analyze existing films and innovate on these structures in their own stories. Moving beyond film theory, Williams describes how this roadmap for creative decision making can relate to classics like Sunset Boulevard, The Wizard of Oz and Butch Cassidy and the Sundance Kid as well as such diverse modern favorites like 12 Years a Slave, Anomalisa and Shrek.

A Preview for this title is currently not available.
More Books By Eric R. Williams
View All