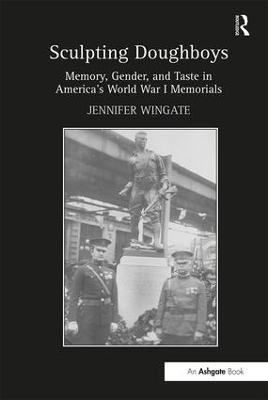 Memory, Gender, and Taste in America's World War I Memorials

Redressing the neglect of World War I memorials in art history scholarship and memory studies, Sculpting Doughboys considers the hundreds of sculptures of American soldiers that dominated the nation's sculptural commemorative landscape after World War I. To better understand these 'doughboys', the name given to both members of the American Expeditionary Forces and the memorials erected in their image, this volume also considers their sculptural alternatives, including depictions of motherhood, nude male allegories, and expressions of anti-militarism. It addresses why doughboy sculptures came to occupy such a significant presence in interwar commemoration, even though art critics objected to their unrefined realism, by considering the social upheavals of the Red Scare, America's burgeoning consumer and popular culture, and the ambitions and idiosyncrasies of artists and communities across the country. In doing so, this study also highlights the social and cultural tensions of the period as debates grew over art's changing role in society and as more women and immigrant sculptors vied for a place and a voice in America's public sphere. Finally, Sculpting Doughboys addresses the fate of these memorials nearly a century after they were dedicated and poses questions for reframing our relationship with war memorials today.

A Preview for this title is currently not available.
More Books By Jennifer Wingate
View All