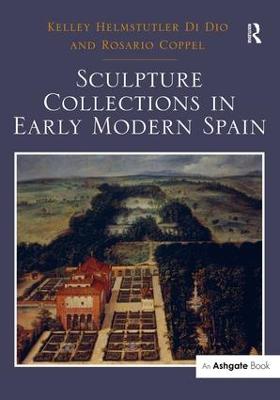 In the past decade, there has been a surge of Anglophone scholarship regarding Spain in the sixteenth and seventeenth centuries, which has led to a reframing of the discourses around Spanish culture of this period. Despite this new interest-in which painting, in particular, has been singled out for treatment-a comprehensive study of sculpture collections and the status of sculpture in Spain has yet to be produced. Sculpture Collections in Early Modern Spain is the first book to assess the phenomenon of sculpture collecting and in doing so, it alters the previously held notion that Spanish society placed little value in this art form. Di Dio and Coppel reveal that, due to the problems and expense of their transport from Italy, sculptures were in fact status symbols in the culture. Thus they were an important component of the collections formed by the royal family, cultivated noble collectors, humanists, and artists who had pretensions of high status. This book is especially useful to specialists for its discussion of the typologies of collections and objects, and of the mechanics of state gifts, transport, and collection display in this period. An appendix presents extensive archival documentation, most of which has never before been published. The authors have uncovered hundreds of new documents about sculpture in Spain; and new documentary evidence allows them to propose several new identifications and attributions. Firmly grounded in extensive archival research, Sculpture Collections in Early Modern Spain redefines the socio-political and art historical importance of sculpture in early modern Spain. Most importantly, it entirely transforms our knowledge regarding the presence of sculpture in a wide range of Spanish collections of the period, which until now has been erroneously characterized as close to non-existent.

A Preview for this title is currently not available.
More Books By Kelley Helmstutler Di Dio
View All