Sebastiano del Piombo and the World of Spanish Rome

Sebastiano del Piombo (c.1485-1547) was a close associate and rival of the central artistic figures of the High Renaissance, notably Michelangelo and Raphael. After the death of Raphael and the departure of Michelangelo from Rome, Sebastiano became the dominant artistic personality in the city. Despite being one of most significant artistic figures of the period, he remains the last artist of major importance in the western canon about whom no recent work has been published in English.

In this study, Piers Baker-Bates approaches Sebastiano's career through analysis of the patrons he attracted following his arrival at Rome. The first half of the book concentrates on Sebastiano's network of patrons, predominantly Italian, who had strong factional ties to the Imperial camp; the second half discusses Sebastiano's relationship with his principal Spanish patrons. Sebastiano is a leading example of a transcultural artist in the sixteenth century and his relationship with Spain was fundamental to the development of his career

The author investigates the domination of Sebastiano's career by patrons who had geographically different origins, but who were all were members of a wider network of Imperial loyalties. Thus Baker-Bates removes Sebastiano from the shadow of his contemporaries, bringing him to life for the reader as an artistic personality in his own right. Baker-Bates' characterization of the Rome in which Sebastiano made his career differs from previous scholarly accounts, and he describes how Sebastiano was ideally suited to flourish in the environment he depicts.

Sebastiano del Piombo and the World of Spanish Rome thus re-appraises not only Sebastiano's place in the canon of Renaissance art but, using him as a lens, also the cultural worlds of Early Modern Italy and Spain in which he operated. 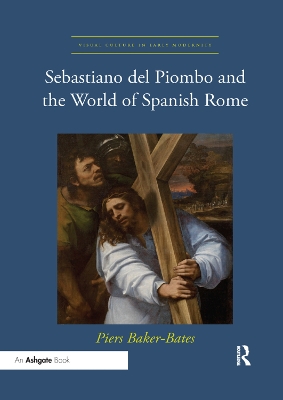