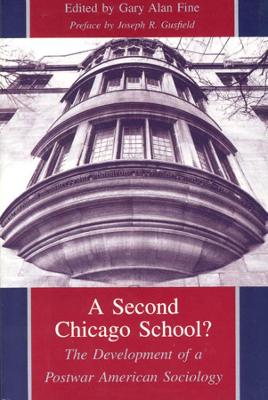 From 1945 to about 1960, the University of Chicago was home to a group of faculty and graduate students whose work has come to define what many call a second "Chicago School" of sociology.

Like its predecessor earlier in the century, the postwar department was again the center for qualitative social research-on everything from mapping the nuances of human behavior in small groups to seeking solutions to problems of race, crime, and poverty. Howard Becker, Joseph Gusfield, Herbert Blumer, David Riesman, Erving Goffman, and others created a large, enduring body of work.

In this book, leading sociologists critically confront this legacy. The eight original chapters survey the issues that defined the department's agenda: the focus on deviance, race and ethnic relations, urban life, and collective behavior; the renewal of participant observation as a method and the refinement of symbolic interaction as a guiding theory; and the professional and institutional factors that shaped this generation, including the leadership of Louis Wirth and Everett C. Hughes; the role of women; and the competition for national influence Chicago sociology faced from survey research at Columbia and grand theory at Harvard. The contributors also discuss the internal conflicts that call into question the very idea of a unified "school."

Other Editions - A Second Chicago School? by Gary Alan Fine A Preview for this title is currently not available.
More Books By Gary Alan Fine
View All