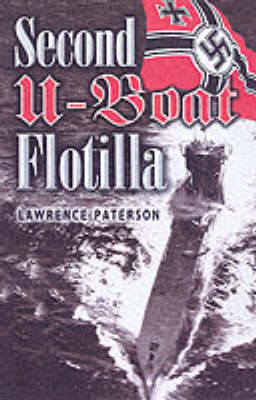 In 1942 when German U-boats struck with devastating force for the first time against distant targets in the waters of the North and South Atlantic, the large cruiser submarines of the Second U-boat Flotilla at the spearhead of each assault. The Second U-boat Flotilla Saltzwedel was formed in 1936 and survived nine long years to the day of Nazi Germany's eventual surrender. During the Spanish Civil war it had been a Saltzwedel boat that made the only successful attack on an enemy warship. Three years later Fritz-Julius Lemp's tragic sinking of the Athenia in another Saltzwedel boat, triggered Germany's U-boat war against England. The following six years of bitter combat found the flotilla at the forefront of distant operations. Leading the attack legendary commanders such as Albrecht Achilles, Werner Hartenstein and Reinhard Hardegen littered the Atlantic and Indian Oceans with the twisted steel of sunken ships. However, while the Second U-boat Flotilla mounted the most shattering submarine offensives of the Second World War, it was the intact capture of two of its boats, complete with their Enigma code machines, that would ultimately spell doom for Germany's undersea warriors.
Drawn extensively from various War Diaries and veterans' personal reminiscences, the Second U-boat Flotilla describes the tumultuous fortunes of the most successful unit of Karl Donitz's Grey Wolves.

A Preview for this title is currently not available.
More Books By Lawrence Paterson
View All