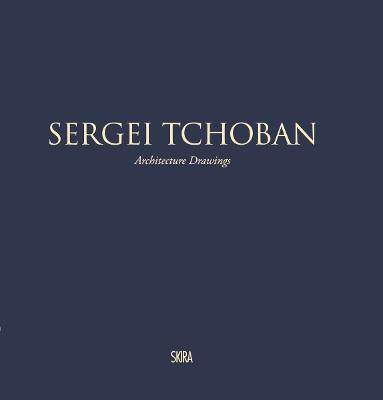 Sergei Tchoban was born in 1962in St Petersburg, Russia. Between 1980 and 1986 he studied at the Ilya Repin Institute, Russian Academy of Arts, St Petersburg. From 1986 to 1990 he was involved in practical work as a graduate architect in Russia. In 1992, he began working with Nietz - Prasch - Sigl, Hamburg, and in 1995 as a partner of Nietz - Prasch - Sigl und Partner Architekten BDA, Hamburg, Berlin, Dresden, heading the Berlin branch. In 2003, they relaunched as NPS Tchoban voss Architekten BDA, while in 2006 he founded the architectural studio SPEECH in Moscow. In 2009, he established the Tchoban Foundation - Museum for Architectural Drawing in Berlin and in 2010 he opened the studio ST Design. Introduced by a text by Santiago Calatrava and one by Massimiliano Fuksas, this monograph presents the architecture drawings of Sergei Tchoban, including architectural fantasies as well as images of existing architecture from his travels all around Europe.

A Preview for this title is currently not available.
More Books By Luca Molinari
View All