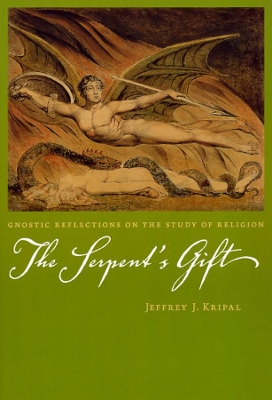 Gnostic Reflections on the Study of Religion New edition

?Because thou hast done this, thou art cursed above all cattle, and above every beast of the field.? With those words in Genesis, God condemns the serpent for tempting Adam and Eve, and the serpent has shouldered the blame ever since. But how would the study of religion change if we looked at the Fall from the snake?s point of view? Would he appear as a bringer of wisdom, more generous than the God who wishes to keep his creation ignorant?

Inspired by the early Gnostics who took that startling view, Jeffrey J. Kripal uses the serpent as a starting point for a groundbreaking reconsideration of religious studies and its methods. In a series of related essays, he moves beyond both rational and faith-based approaches to religion, exploring the erotics of the gospels and the sexualities of Jesus, John, and Mary Magdalene. He considers Feuerbach?s Gnosticism, the untapped mystical potential of comparative religion, and even the modern mythology of the X-Men.

Ultimately, The Serpent?s Gift is a provocative call for a complete reorientation of religious studies, aimed at a larger understanding of the world, the self, and the divine.

Other Editions - The Serpent's Gift by Jeffrey J. Kripal A Preview for this title is currently not available.
More Books By Jeffrey J. Kripal
View All