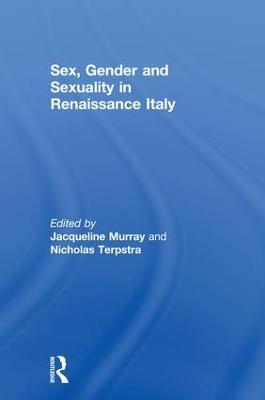 Sex, Gender and Sexuality in Renaissance Italy explores the new directions being taken in the study of sex and gender in Italy from 1300 to 1700 and highlights the impact that recent scholarship has had in revealing innovative ways of approaching this subject.

In this interdisciplinary volume, twelve scholars of history, literature, art history, and philosophy use a variety of both textual and visual sources to examine themes such as gender identities and dynamics, sexual transgression and sexual identities in leading Renaissance cities. It is divided into three sections, which work together to provide an overview of the influence of sex and gender in all aspects of Renaissance society from politics and religion to literature and art. Part I: Sex, Order, and Disorder deals with issues of law, religion, and violence in marital relationships; Part II: Sense and Sensuality in Sex and Gender considers gender in relation to the senses and emotions; and Part III: Visualizing Sexuality in Word and Image investigates gender, sexuality, and erotica in art and literature.

Other Editions - Sex, Gender and Sexuality in Renaissance Italy by Jacqueline Murray 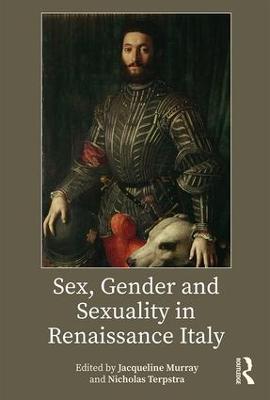 A Preview for this title is currently not available.
More Books By Jacqueline Murray
View All