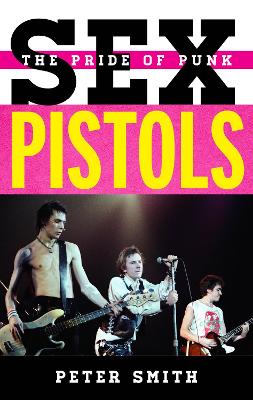 Sex Pistols: The Pride of Punk

Description - Sex Pistols: The Pride of Punk by Peter Smith

The Sex Pistols exploded onto the music scene in 1976, paving the way for the deluge of punk rock that would change the face of modern rock music forever. Their debut album, Never Mind the Bollocks, Here's The Sex Pistols, proved one of the most important rock albums of all time, fusing slammed rock chords with searing vocals. The Sex Pistols simply, and seemingly effortlessly, blew away all that had come before them, setting an entirely new bar for rock acts that followed in their wake.

In Sex Pistols: The Pride of Punk, Peter Smith explores the impact the band had on launching the punk movement, beginning in 1976 with their debut single and ending in 1978 with their American tour. Despite their brief career, the Sex Pistols illustrate an important set of political and cultural elements of 1970s UK and US culture: disaffected youth, strained international relations, and rapid changes in culture. Peter Smith digs deep to collate the factors that fueled the Sex Pistols and the punk revolution.

A Preview for this title is currently not available.
More Books By Peter Smith
View All