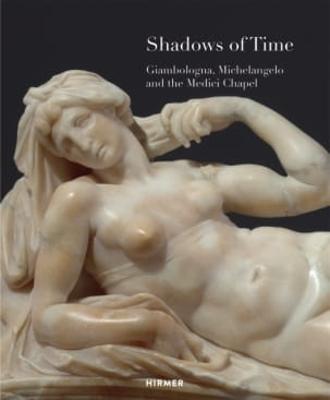 Shadows of Time: Giambologna, Michelangelo and the Medici Chapel

Giambologna (1529 - 1606) is regarded as the most important European sculptor between Michelangelo and Bernini. How did he achieve this status? This volume investigates this question and examines above all Giambologna's study of Michelangelo, his all-powerful role model, and how he successfully prevailed.

The young Flemish artist Giambologna most probably embarked on his study trip to Rome in 1550. On his way home he visited Florence, decided to stay and became the star at the Medici court. They sent his sculptures to the princely courts of Europe, where they became sought-after gifts. Although we know a great deal about his success, we know little of his early years in Italy, because he first appeared on the scene as a sculptor from about 1560. The alabaster figures after Michelangelo's "Times of Day" in Dresden, hitherto largely ignored, seem to be early works by the master sculptor. An examination of these sculptures promises to shed fresh light on the development of a genius.

A Preview for this title is currently not available.
More Books By Staatliche Kunstsammlungen Dresden
View All

The Fairest of Them All: The Dresden State Art Collections
Staatliche Kunstsammlungen Dresden
Hardback , Mar '10
RRP: $35.00 $31.50