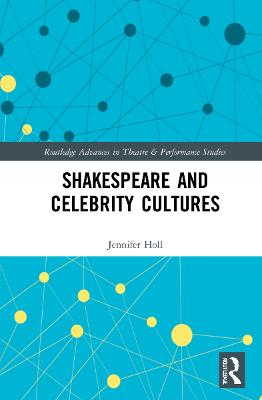 This book argues that Shakespeare and various cultures of celebrity have enjoyed a ceaselessly adaptive, symbiotic relationship since the final decade of the sixteenth century, through which each entity has contributed to the vitality and adaptability of the other.

In five chapters, Jennifer Holl explores the early modern culture of theatrical celebrity and its resonances in print and performance, especially in Shakespeare's interrogations of this emerging phenomenon in sonnets and histories, before moving on to examine the ways that shifting cultures of stage, film, and digital celebrity have perpetually recreated the Shakespeare, or even the #shakespeare, with whom audiences continue to interact.

Situated at an intersection of multiple critical conversations, this book will be of great interest to scholars and graduate students of Shakespeare and Shakespearean appropriations, early modern theater, and celebrity studies.