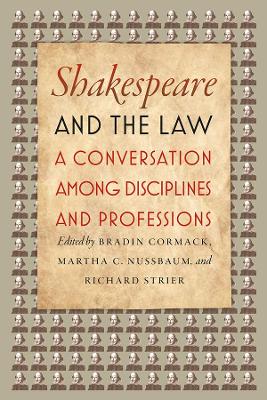 Shakespeare and the Law

A Conversation Among Disciplines and Professions

Description - Shakespeare and the Law by Bradin Cormack

William Shakespeare is inextricably linked with the law. Legal documents make up most of the records we have of his life, and trials, lawsuits, and legal terms permeate his plays. Gathering an extraordinary team of literary and legal scholars, philosophers, and even sitting judges, Shakespeare and the Law demonstrates that Shakespeare's thinking about legal concepts and legal practice points to a deep and sometimes vexed engagement with the law's technical workings, its underlying premises, and its social effects.

The book's opening essays offer perspectives on law and literature that emphasize both the continuities and contrasts between the two fields. The second section considers Shakespeare's awareness of common law thinking and common law practice, while the third inquires into Shakespeare's general attitudes toward legal systems. The fourth part of the book looks at how law enters into conversation with issues of politics and community, whether in the plays, in Shakespeare's world, or in our own world. Finally, a colloquy among Supreme Court Justice Stephen Breyer, Judge Richard Posner, Martha C. Nussbaum, and Richard Strier covers everything from the ghost in Hamlet to the nature of judicial discretion.

Other Editions - Shakespeare and the Law by Bradin Cormack 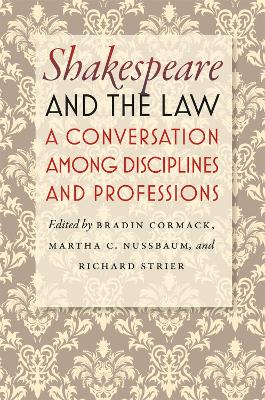 A Preview for this title is currently not available.
More Books By Bradin Cormack
View All