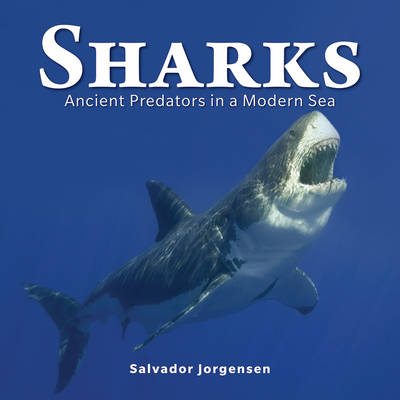 Ancient Predators in a Modern Sea

New insights into the world's most-feared predator Sharks are exquisite creatures refined and honed by competitive forces that have lived in balance with ocean prey for millions of years. They live in every ocean habitat on Earth, from shallow tide pools to the deep abyss, and from the open ocean to where rivers meet the sea. In Sharks a top research scientist explores what has made sharks such successful predators, how they differ from other animals in their biological success and what unique advantages evolution has conferred. Sharks is illustrated with uniquely sourced photography demonstrating newly observed behaviour, scientific findings and recent developments in our understanding of how they live. Sharks is both a spectacular visual celebration, and a scientific document that explores in detail their unique physiology. A powerful swimming stroke is delivered from sharks' muscles directly to their tough skin shell forcing their body to 'inflate' like a car tyre with each flex, then quickly become fluid to glide as the muscles relax. By diving through the various water layers, a shark may locate and follow chemical scent trails that could lead to food concentrations. Thus a shark moving from one temperature layer to the next can expose its sensory equipment to new chemical cues and potentially new food sources. Some deep-sea sharks also lure prey with their light-producing organs. Salvador Jorgensen has combined the latest discoveries of new species, newly documented shark behaviour, and the best photographs, to give a 'state-of-knowledge' picture of sharks. Unique pictures of shark births, recently discovered creatures from the Ocean Census research, and details of sharks' skin, eyes, teeth and heads (including a comparison of nine different hammerhead varieties) make this a book every shark enthusiast will want. It will also debunk many myths about shark behaviour, and give libraries a true, 21st-century documentation of a very popular wild animal. Sharks features illustrated profiles of species living in the shallow reefs and also those living in the open ocean along with a unique 'cladogram' family tree that opens into a gatefold and profiles every known species. AUTHOR: Salvador Jorgensen is a Research Scientist at the Monterey Bay Aquarium where he studies the ecology, migration and population dynamics of great white sharks. He completed a Ph.D. in Ecology at U.C. Davis and a postdoctoral fellowship at Stanford University. He was a Fulbright scholar in Mexico in 2004 and has published over 20 peer review articles. ILLUSTRATIONS 150 colour photos, charts and gatefold.

Other Editions - Sharks by Salvador Jorgensen 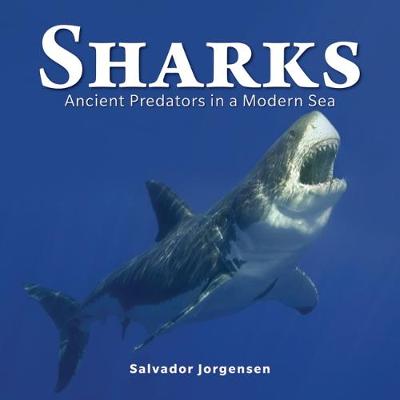 A Preview for this title is currently not available.
More Books By Salvador Jorgensen
View All