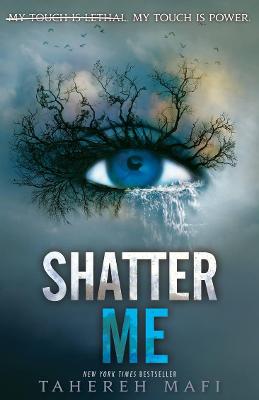 Shatter Me: Shatter Me series 1

Description - Shatter Me: Shatter Me series 1 by Tahereh Mafi

A fragile young teenage girl is held captive. Locked in a cell by The Reestablishment - a harsh dictatorship in charge of a crumbling world. This is no ordinary teenager. Juliette is a threat to The Reestablishment's power. A touch from her can kill - one touch is all it takes. But not only is she a threat, she is potentially the most powerful weapon they could have. Juliette has never fought for herself before but when she's reunited with the one person who ever cared about her, the depth of the emotion and the power within her become explosive ...

'Dangerous, sexy, romantic and intense. I dare you to stop reading!' - Kami Garcia, bestselling author of the Beautiful Creatures series

'A thrilling, high-stakes saga of self-discovery and forbidden love, the Shatter Me series is a must-read for fans of dystopian young-adult literature-or any literature!' - Ransom Riggs, #1 New York Times bestselling author of Miss Peregrine's Home for Peculiar Children

Other Editions - Shatter Me: Shatter Me series 1 by Tahereh Mafi 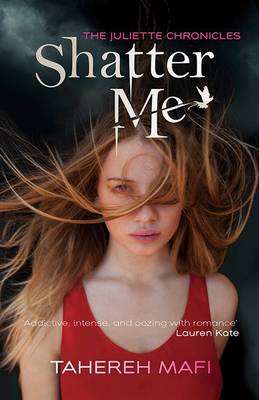