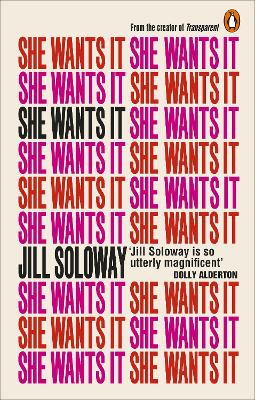 She Wants It: Desire, Power, and Toppling the Patriarchy

Description - She Wants It: Desire, Power, and Toppling the Patriarchy by Jill Soloway

From the creator of the Emmy and Golden Globe-winning series Transparent, a memoir about love, sex and art.

'A funny and brutally honest book about what it means to be a woman and what it takes to be a creator, She Wants It is deeply personal but always universal in its unapologetic recounting of a life lived and raw talent shared. Good. Detailed. Honest. Needed' - Amy PoehlerOne morning, half-awake in a shame spiral about what a shitty mother you are because you're letting your kid watch so much TV, the phone rings. 'Jilly? Are you sitting down?'Are you sitting down? means something fucked up is coming.When Jill Soloway's father, whom they had always understood to be male, came out as transgender, everything shifted. For one, the moment became the inspiration to push through the male-dominated landscape of Hollywood and create the award-winning TV series Transparent. Exploring identity, love, sexuality, and the blurring of boundaries, the show gave birth to a new cultural consciousness. But also, by eventually coming out as queer and non-binary, the lines on Jill's own gender map began to be erased.This is the story of that journey.She Wants It charts Jill's intense and revelatory experience, growing from straight, divorced, mother of two - to non-binary genderqueer director, show creator, and activist. Written with wild candour and razor-edged humour, it examines who we are, how we make art - and ultimately, who we can become.

Buy She Wants It: Desire, Power, and Toppling the Patriarchy by Jill Soloway from Australia's Online Independent Bookstore, BooksDirect.

Other Editions - She Wants It: Desire, Power, and Toppling the Patriarchy by Jill Soloway 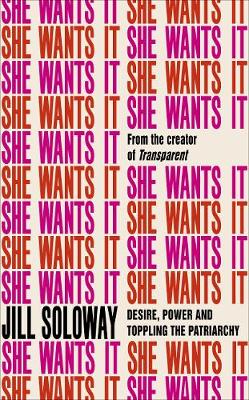 A Preview for this title is currently not available.
More Books By Jill Soloway
View All