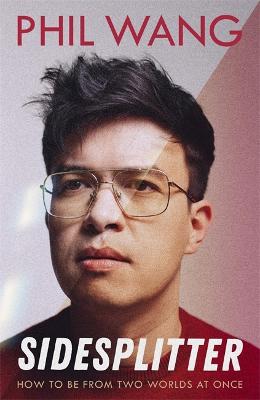 Sidesplitter: How To Be From Two Worlds At Once

Description - Sidesplitter: How To Be From Two Worlds At Once by Phil Wang

A TIMES BEST COMEDY BOOK OF 2021 'Phil Wang makes me laugh out loud with every single thing he does and this book is no exception' JAMES ACASTER'An hilarious breath of fresh air' AMY SCHUMER'Phil Wang is as original a writer as he is a comedian. Sidesplitter is predictably hilarious but also quietly moving' SATHNAM SANGHERA'A razor-sharp dissection of cultural connections, divides and differences. And yes, it's side-splittingly funny' ADAM KAY'But where are you REALLY from?' Phil Wang has been asked this question so many times he's finally written a book about it. In this mix of comic memoir and observational essay, one of the UK's most exciting stand-up comedians reflects on his experiences as a Eurasian man in the West and in the East. Phil was born in Stoke-on-Trent, raised in Malaysia, and then came of age in Bath - 'a spa town for people who find Cheltenham too ethnic'. Phil takes an incisive look at what it means to be mixed race, as he explores the contrasts between cultures and delves into Britain and Malaysia's shared histories, bringing his trademark cynicism and wit to topics ranging from family, food, and comedy to race, empire, and colonialism.

Buy Sidesplitter: How To Be From Two Worlds At Once by Phil Wang from Australia's Online Independent Bookstore, BooksDirect.

Other Editions - Sidesplitter: How To Be From Two Worlds At Once by Phil Wang 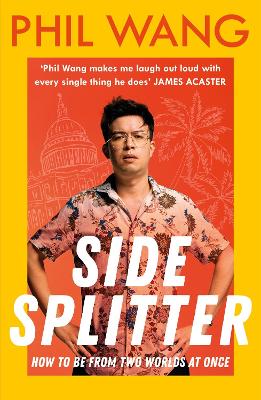 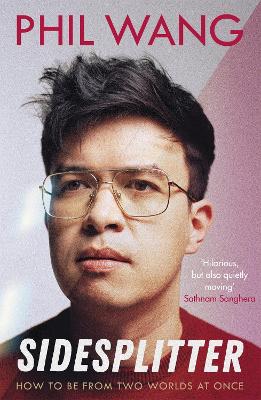 A Preview for this title is currently not available.
More Books By Phil Wang
View All