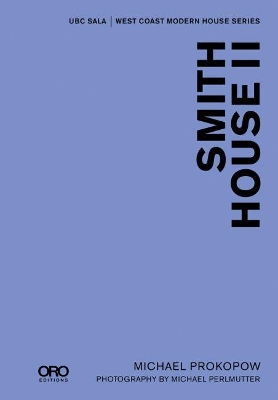 Over the course of his distinguished career, architect Arthur Erickson (1924-2009) designed numerous houses, each an exercise in transforming the needs of his clients into tangible form in the context of site and place. Artists Gordon Smith (1919-) and Marion Smith (1918-2009) of Vancouver were the only Erickson clients to commission him to design two homes. The first (1955) was a straightforward exercise in post-World War II modernism that represented the transplantation of prevailing North American design-thinking to the mountainous rain forests of coastal Vancouver. The second house (1966) - Smith House II as it came to be known - likewise situated in a forest but with the added benefit of ocean and island vistas, was simultaneously a deft reworking of the stylistic and spatial culture of the first house and a remarkable, path-breaking study in cultural transposition, interpretation and adaptation. Emphasising its disavowal of conventional demarcations of space and the movement within and through it, it translated the material and aesthetic sensibilities of 17th century Japanese domestic architecture to the circumstances of mid-20th century North America (and the northerly Pacific coast). AUTHOR: Michael Prokopow is a cultural historian, curator and educator. He has written widely about material life, art, and aesthetics. He recently co-curated True Nordic, an exhibition on the influence of Scandinavia on Canadian design after 1920. He serves on the boards of C Magazine, the Arthur Erickson Foundation, the Nathaniel Dett Chorale and Craft Ontario. He is a contributing writer to Studio, the Canadian magazine of craft and design. Prokopow is a faculty member at OCAD University in Toronto. He holds a PhD from Harvard University. SELLING POINTS: Smith House II is the final book in the West Coast Modern Series This book highlights both the beautiful architecture of Arthur Erickson and the beautiful home he designed for clients, Gordon and Marion Smith With photography from award-winning photographer Michael Perlmutter 70 colour images

A Preview for this title is currently not available.
More Books By Michael Prokopow
View All