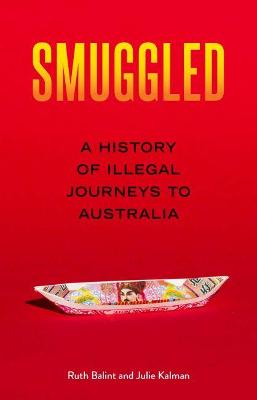 Smuggled: An illegal history of journeys to Australia

Description - Smuggled: An illegal history of journeys to Australia by Ruth Balint

'Louis was an agent of conspiracy, a "people trafficker", helping the captive and the helpless negotiate a precarious avenue to freedom. He was, I believe, genuinely on our side and, to this day, remains a hero for me.' - Les Murray, sports commentator and 'Soccer King'

People smugglers are the pariahs of the modern world. There is no other trade so demonised and, yet at the same time, so useful to contemporary Australian politics. But beyond the rhetoric lies a rich history that reaches beyond the maritime borders of our island continent and has a longer lineage than the recent refugee movements of the twenty-first century. Smuggled recounts the journeys to Australia of refugees and their smugglers since the Second World War - from Jews escaping the Holocaust, Eastern Europeans slipping through the Iron Curtain, 'boat people' fleeing the Vietnam War to refugees escaping unthinkable violence in the Middle East and Africa.

Based on original research and revealing personal interviews, Smuggled marks the first attempt to detach the term 'people smuggler' from its pejorative connotations, and provides a compelling insight into a defining yet unexplored part of Australia's history.

'a timely corrective to the simplistic portrayal of people smugglers as evil scum.' - Peter Mares, The Cranlana Centre for Ethical Leadership

Other Editions - Smuggled: An illegal history of journeys to Australia by Ruth Balint 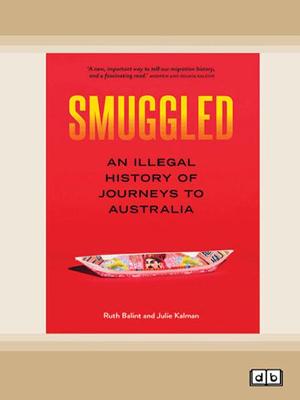 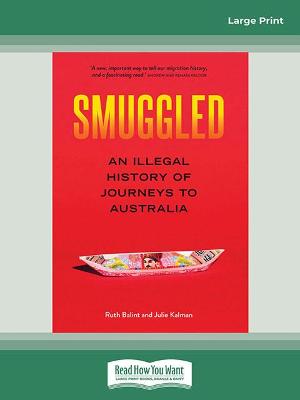 A Preview for this title is currently not available.
More Books By Ruth Balint
View All