The Life and Times of the Grateful Dead

Description - So Many Roads by David Browne

More than five decades after they first came together and changed the sound of rock'n' roll, the Grateful Dead remain one of rock's most beloved bands,a musical and cultural phenomenon that spans generations and paved the way for everything from the world of jam bands and the idea of independently released music to social networking. First published in time for the band's 50th anniversary, So Many Roads is unlike any other book on the Dead, it is, in the words of Eric Alterman in the Huffington Post , "the best narrative I've ever come across" of the Dead.Drawing on new interviews with surviving members and those in their inner circle,along with access to the group's extensive archives and his own research from years of covering the group,longtime music journalist and Rolling Stone contributing editor David Browne does more than merely delve into the Dead's saga. By way of an altogether unique structure,each chapter centreed on a significant or pivotal day in their story,he lends this epic musical and cultural story a you-are-there feel. The result is a remarkably detailed and cinematic book that paints a strikingly fresh portrait of one of rock's most enduring institutions and sheds new light,for fans and newcomers alike,on the band's music, dynamics, and internal struggles.With a new afterword by the author

Buy So Many Roads by David Browne from Australia's Online Independent Bookstore, BooksDirect.

Other Editions - So Many Roads by David Browne 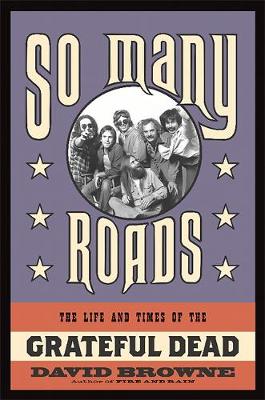 A Preview for this title is currently not available.
More Books By David Browne
View All