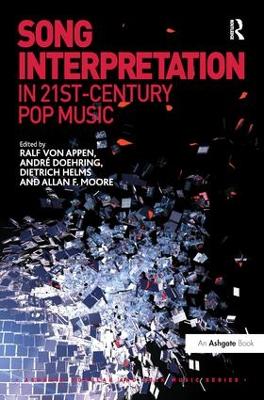 Existing books on the analysis of popular music focus on theory and methodology, and normally discuss parts of songs briefly as examples. The impression often given is that songs are being chosen simply to illuminate and exemplify a theoretical position. In this book the obverse is true: songs take centre stage and are given priority. The authors analyse and interpret them intensively from a variety of theoretical positions that illuminate the song. Thus, methods and theories have to prove their use value in the face of a heterogeneous, contemporary repertoire. The book brings together researchers from very different cultural backgrounds and encourages them to compare their different hearings and to discuss the ways in which they make sense of specific songs. All songs analysed are from the new millennium, most of them not older than three years. Because the most widely popular styles are too often ignored by academics, this book aims to shed light on how million sellers work musically. Therefore, it encompasses a broad palette, highlighting mainstream pop (Lady Gaga, Ke$ha, Lucenzo, Amy McDonald), but also accounting for critically acclaimed 'indie' styles (Fleet Foxes, Death Cab for Cutie, PJ Harvey), R&B (Destiny's Child, Janelle Monae), popular hard rock (Kings of Leon, Rammstein), and current electronic music (Andres, BjArk). By concentrating on 13 well-known songs, this book offers some model analyses that can very easily be studied at home or used in seminars and classrooms for students of popular music at all academic levels. 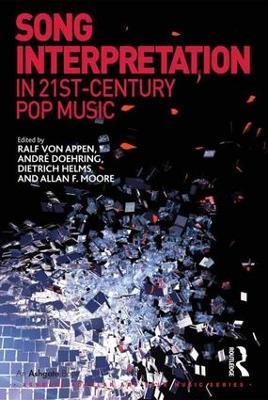 A Preview for this title is currently not available.
More Books By Ralf von Appen
View All