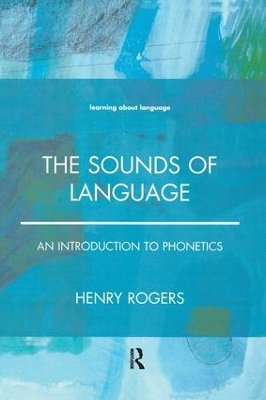 The Sounds of Language

An Introduction to Phonetics

Description - The Sounds of Language by Henry Rogers

Phonetics is the scientific study of sounds used in language- how the sounds are produced, how they are transferred from the speaker to the hearer and how they are heard and perceived. The Sounds of Language provides an accessible, general introduction to phonetics with a special emphasis on English. Focusing on the phonetics of English, the first section allows students to get an overall view of the subject. Two standard accents of English are presented- RP (Received Pronunciation), the standard accent of England, and GA (General American), the standard accent throughout much of North America. The discussion is arranged so that students can read only the RP or GA portions, if desired. Sixteen additional accents of English spoken around the world are also covered to provide students with wider international coverage.The author then moves on to introduce acoustics phonetics in an accessible manner for those without a science background. The last section of the book provides a detailed discussion of all aspects of speech with extensive examples from languages around the world.Containing student-friendly features such as extensive exercises for practising the sounds covered in each chapter; a glossary of technical terms; instructions on how to write phonetic symbols; the latest International Phonetic Alphabet chart and a detailed list of English consonantal variants, The Sounds of Language provides an excellent introduction to phonetics to students of linguistics and speech pathology and students of English as a second language.

Other Editions - The Sounds of Language by Henry Rogers 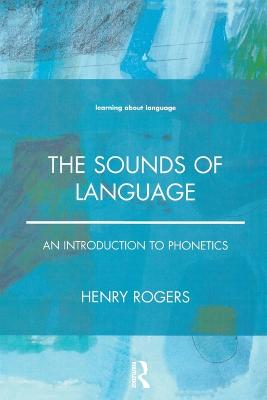 A Preview for this title is currently not available.
More Books By Henry Rogers
View All

The Calendars of Al-Hallowen, Brystowe an Attempt to Elucidate Some Portions of the His
Henry Rogers
Paperback , Nov '09
RRP: $60.22 $54.20