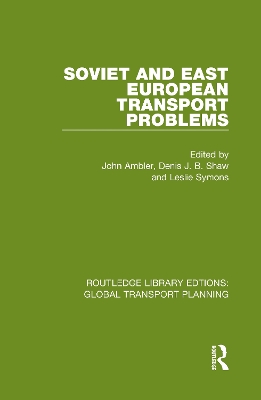 Originally published in 1985, this book considers many important aspects of the transport systems of the former Soviet Union and Eastern Europe. It looks at the different modes of transport and the problems faced by each. Examining the relationship between transport problems and those of poor economic performance against the possibilities of economic reform the book analyses some of the measures which were taken to remedy the situation.

A Preview for this title is currently not available.
More Books By John Ambler
View All