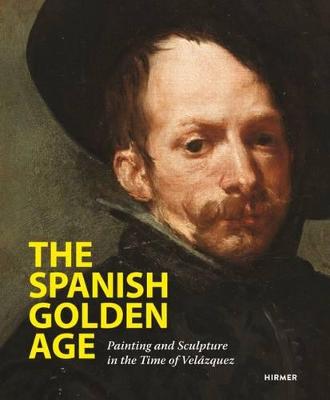 Painting and Sculpture in the Time of Velazquez

The Siglo de Oro, the golden century of Spanish painting, is one of the most fascinating chapters of occidental cultural history. Spanish art reached its pinnacle in the very same century in which what had hitherto been the most powerful country in Europe began to lose its political hegemony. Over the course of the last few years, a number of exhibitions and publications have been dedicated to the great artists of this era, including Velazquez, Murillo and Zurbaran. This publication will not only publicise these artists' masterpieces and one of the most important collections of Spanish paintings in Germany, that of the Gemaldegalerie Berlin. It will also showcase the golden century's art in all its glory and plurality: From El Greco to the idealistic scenes of the triumphant high Baroque style, this volume will provide a nuanced panorama of the Spanish Siglo de Oro. It features reproductions of a total of more than one hundred selected works from international collections, including numerous pieces that are not easily accessible to the general public. The publication's main aim is to provide a comprehensive view of the art production of the country's various cultural centres. It introduces the reader to one of the most important eras of European cultural history, vividly illustrated by masterpieces of painting, sculpture and works on paper.

A Preview for this title is currently not available.
More Books By Roger Diederen
View All