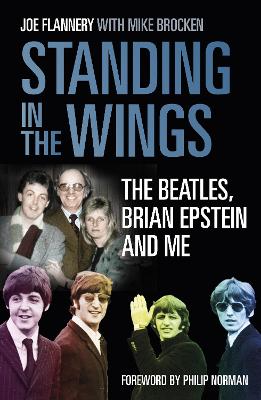 Standing in the Wings

The Beatles, Brian Epstein and Me New edition

Description - Standing in the Wings by Joe Flannery

Joe Flannery has been described as the 'Secret Beatle' as the business associate and childhood friend of Brian Epstein, he became an integral part of The Beatles' management team during their rise to fame in the early 1960s. Standing in the Wings is Flannery's account of this fascinating era, which included the controversial dismissal of Pete Best from the group (nothing to do with London, but matters back in Liverpool), Brian Epstein's fragility, and the importance of the Star Club in Hamburg. This book is not simply a biography, as it also considers issues to do with sexuality in 1950s Liverpool, the vagaries of the music business at that time, and the hazards of personal management in the 'swinging sixties'. At its heart, Standing in the Wings provides an in-depth look at Flannery's personal and professional relationship with Epstein and his close links with the Fab Four. Shortly before John Lennon's murder in 1980, it was Flannery who was one of the last people in the UK to talk to the great man. Indeed, Flannery remains one of the few 'Beatle people' in Liverpool to have the respect of the surviving Beatles, and this is reflected in this timely and revealing book. AUTHOR: Joe Flannery is a former music manager. Having helped to nurture the careers of many of music's most famous stars, including The Beatles and Jimi Hendrix, he is now Liverpool's cultural ambassador. 32 b/w illustrations

Other Editions - Standing in the Wings by Joe Flannery 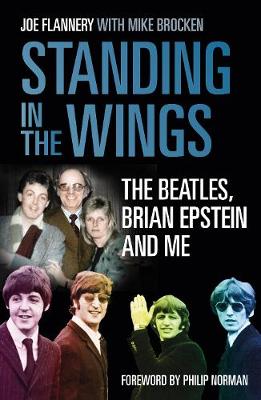 A Preview for this title is currently not available.
More Books By Joe Flannery
View All