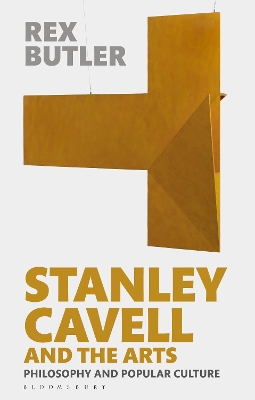 Stanley Cavell and the Arts: Philosophy and Popular Culture

In the late 1990s, Rosalind Krauss, one of the principal theorists of post-modernism in the arts, began using the term "post-medium" in her work. It was a nod to the American "ordinary language" philosopher Stanley Cavell, who had been thinking through a concept of medium in art for 30 years.

Today with the decline of post-modernism, Stanley Cavell has emerged as one of the most important figures for thinking again about the visual arts, film and theatre. Stanley Cavell and the Arts looks at Cavell's extensive writings on a wide variety of artforms and at a number of writers (Michael Fried, William Rothman) influenced by his work. Over a 50-year career, Cavell wrote about visual art, photography, classical music, Shakespeare, the plays of Samuel Beckett and perhaps most notably Hollywood cinema.

Stanley Cavell and the Arts offers an overview of Cavell's writings on the arts, situating them within his wider philosophical practice, analysing in detail his treatment of particular art forms and looking at the work of those he has deeply shaped.

Other Editions - Stanley Cavell and the Arts: Philosophy and Popular Culture by Dr Rex Butler A Preview for this title is currently not available.
More Books By Dr Rex Butler
View All