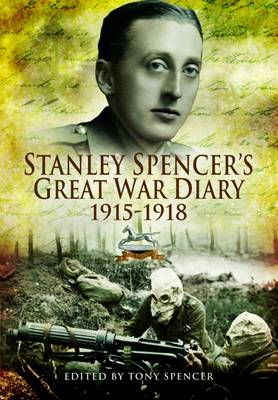 Stanley Spencer enlisted with the Royal Fusiliers as a private in 1915, was commissioned in 1917 and therafter served with the West Yorkshire Regiment until demobilised in 1919. He saw almost continuous active service from 1915 to the end of the war. He was present at the Battle of the Somme (well describes), Mountaubon and Vimy Ridge. He was slightly wounded on three occasions and was awarded the Military Cross for his role in a particulary successful trench raid on 1ugust 1918. He writes of his experiences in a frank and graphic way. SELLING POINTS: A superb first hand infantryman's account of life and death on the Western Front 1915/1918. Stanley Spencer fought at the Somme and on Vimy Ridge to name but two major battles. A true fighting man's memoir written with candour and humour. 16 b/w plates

A Preview for this title is currently not available.
More Books By Stanley Spencer
View All