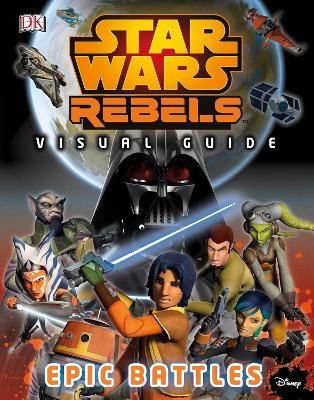 Star Wars Rebels (TM): The Epic Battle is a fact-filled companion to the first and second series of the adventure-packed animated TV series.

Join the Star Wars Rebels on their galactic adventures and explore the amazing characters, vehicles and storylines, set between Star Wars: Episode III and IV. Find out about Ezra Bridger and his rebel gang, the evil villains they battle, including Darth Vader, and all the most exciting episodes and cool Star Wars Rebels characters.

Star Wars: The Force Awakens Two in One Storybook: A Friend For Rey & Rathtars on the Loose
Star Wars
Paperback , Apr '16
More Books By DK
View All