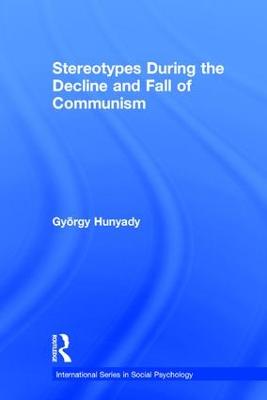 Stereotypes During the Decline and Fall of Communism

Unique among the satellites of the Soviet Union, Hungary has data from a series of 14 substantial surveys from the mid-1960s through to 1994. How do Hungarians think about themselves, their history, their society and other countries and their peoples? How do they describe and think about concepts such as nation, patriotism, social class and historical developments? How have these changed over a thirty year period, especially in the wake of the new freedom of expression from 1989? The author of this book provides a summary of investigations examining these questions, analyzing them against the background of the social psychology literature of stereotypes. The views reported in these analyses are directed at matters on which both the totalitarian local government and the Soviet government had strong party lines. The removal of the possible sanctions against non-conformity is dramatically evident in the data.

Buy Stereotypes During the Decline and Fall of Communism by Gyorgy Hunyady from Australia's Online Independent Bookstore, BooksDirect. 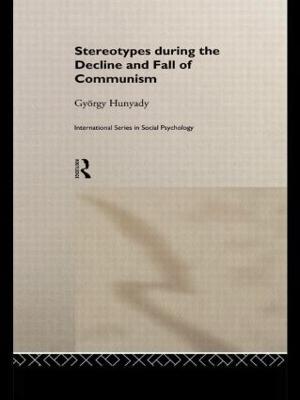 A Preview for this title is currently not available.
More Books By Gyorgy Hunyady
View All