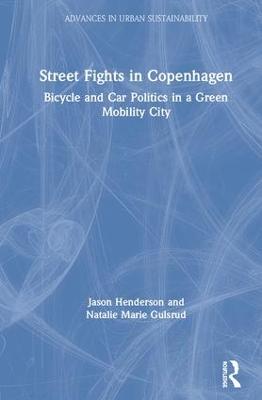 Street Fights in Copenhagen: Bicycle and Car Politics in a Green Mobility City

With 29 percent of all trips made by bicycle, Copenhagen is considered a model of green transport. This book considers the underlying political conditions that enabled cycling to appeal to such a wide range of citizens in Copenhagen and asks how this can be replicated elsewhere.

Despite Copenhagen's global reputation, its success has been a result of a long political struggle and is far from completely secure. Car use in Denmark is increasing, including in Copenhagen's suburbs, and new developments in Copenhagen include more parking for cars. There is a political tension in Copenhagen over the spaces for cycling, the car, and public transit. In considering examples of backlashes and conflicts over street space in Copenhagen, this book argues that the kinds of debates happening in Copenhagen are very similar to the debates regularly occurring in cities throughout the world. This makes Copenhagen more, not less, comparable to many cities around the world, including cities in the United States.

This book will appeal to upper-level undergraduates and graduates in urban geography, city planning, transportation, environmental studies, as well as transportation advocates, urban policy-makers, and anyone concerned about climate change and looking to identify paths forward in their own cities and localities.

Other Editions - Street Fights in Copenhagen: Bicycle and Car Politics in a Green Mobility City by Jason Henderson 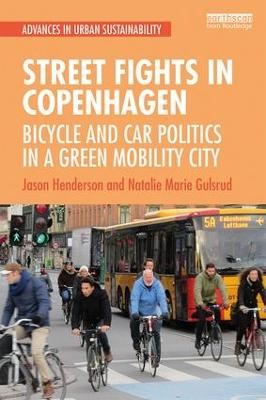 A Preview for this title is currently not available.
More Books By Jason Henderson
View All