Set during the splendid summer days of 1960s Martha's Vineyard, this page-turning debut novel pulls back the curtain on one mysterious and wealthy family as seen through the eyes of their nanny-a college student who, while falling in love on the elegant island, is also forced to reckon with the dark underbelly of privilege.

In 1962, coed Heddy Winsome leaves her hardscrabble Irish Brooklyn neighborhood behind and ferries to glamorous Martha's Vineyard to nanny for one of the wealthiest families on the island. But as she grows enamored with the alluring and seemingly perfect young couple and chases after their two mischievous children, Heddy discovers that her academic scholarship at Wellesley has been revoked, putting her entire future at risk.

Determined to find her place in the couple's wealthy social circles, Heddy nurtures a romance with the hip surfer down the beach while wondering if the better man for her might be a quiet, studious college boy instead. But no one she meets on the summer island-socialite, starlet, or housekeeper-is as picture-perfect as they seem, and she quickly learns that the right last name and a house in a tony zip-code may guarantee privilege, but that rarely equals happiness.

Rich with the sights and sounds of midcentury Martha's Vineyard, Brooke Lea Foster's debut novel Summer Darlings promises entrance to a rarefied world, for readers who enjoyed Tigers in Red Weather or The Summer Wives. 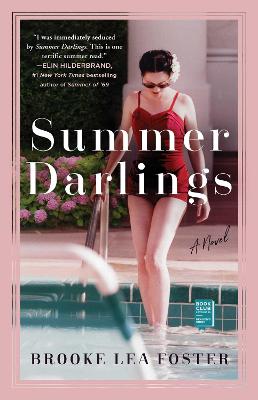 A Preview for this title is currently not available.
More Books By Brooke Lea Foster
View All