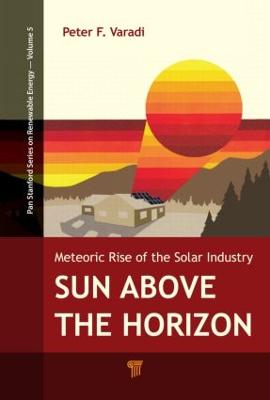 Sun Above the Horizon

Meteoric Rise of the Solar Industry

Description - Sun Above the Horizon by Peter F. Varadi

The meteoric rise of the photovoltaic (PV) industry is an incredible story. In 2013, Google's investments in PV systems totaled about half a billion dollars and Warren Buffet, one of the famous investors, invested $2.5 billion in the world's largest PV system in California. These gigantic investments by major financial players were made only 40 years after the first two terrestrial PV companies, Solarex and Solar Power Corporation, were formed in the USA. Back in 1973, the two companies employed 20 people and produced only 500 watts of PV power. Now, just 40 years later, over a million people work in the PV industry. The worldwide capacity of operating PV electric generators equals the capacity of about 25 nuclear power plants. The PV industry is growing at an annual rate of 30 percent, equivalent to about five new nuclear power plants per year. Today, solar electricity is a significant supplier of electricity needs, to the extent that PV is forcing the restructuring of 100-year-old electric power utilities. This book describes how this happened and what lies ahead for PV power generation.

Other Editions - Sun Above the Horizon by Peter F. Varadi 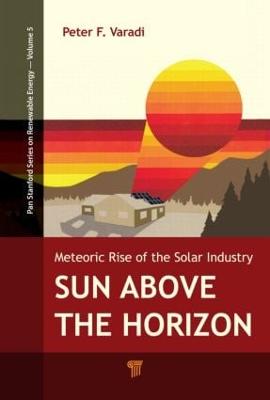 A Preview for this title is currently not available.
More Books By Peter F. Varadi
View All