This successful title, previously known as 'Building the 21st Century Home' and now in its second edition, explores and explains the trends and issues that underlie the renaissance of UK towns and cities and describes the sustainable urban neighbourhood as a model for rebuilding urban areas.
The book reviews the way that planning policies, architectural trends and economic forces have undermined the viability of urban areas in Britain since the Industrial Revolution. Now that much post-war planning philosophy is being discredited we are left with few urban models other than garden city inspired suburbia. Are these appropriate in the 21st century given environmental concerns, demographic change, social and economic pressures? The authors suggest that these trends point to a very different urban future.

The authors argue that we must reform our towns and cities so that they become attractive, humane places where people will choose to live. The Sustainable Urban Neighbourhood is a model for such reform and the book describes what this would look like and how it might be brought about. 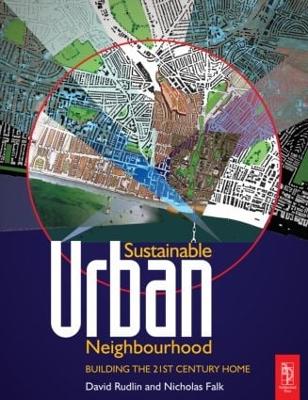 A Preview for this title is currently not available.
More Books By David Rudlin
View All