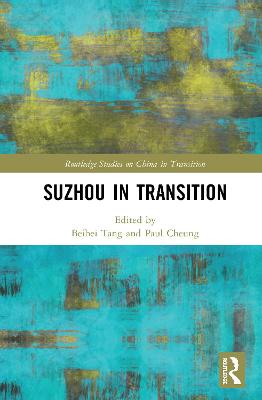 Through the lens of the city of Suzhou, this edited volume presents views on the complex interaction between the central state, market agents, local governments and individuals who have shaped the development of Chinese cities and urban life.

Featuring a range of disciplinary perspectives, contributors to this volume have all undertaken research in one municipality - Suzhou - to consider how history and culture have evolved during the modernisation of Chinese cities and the transformation of urban space, as well as shifting rural-urban relations and urban life during the reform era. The volume is underscored by a complex dynamic system consisting of three interlocked mechanisms through which the central and local state interact: history and culture, social and economic life, and administration and governance. As such, chapters analyse responses both from the state and society as driving forces of local development, with an interplay between tradition and heritage on the one hand and China's economic and social development on the other.

Suzhou in Transition will appeal to students and scholars of Chinese and urban studies, as well as urban sociology and geography.

A Preview for this title is currently not available.
More Books By Beibei Tang
View All